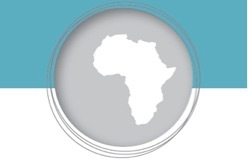 Over the last decade, Africa achieved demonstrable progress towards improved political and economic governance and consistent economic growth. Deep challenges, however, remain for the continent to grow out of aid and bring about progressive and sustainable improvements in its citizens’ quality of life. Unless Africa focuses on strengthening the good governance foundations of its progress, in the context of globalisation, the balance between progress and the remaining challenges could tilt in the wrong direction.

Moreover, the 2008 financial crisis again brought the world’s attention to the cost of weak governance arrangements for nations’ development, prosperity and growth. It is against this backdrop that the Collaborative Africa Budget Reform Initiative (CABRI) and its sister networks, the African Tax Administration Forum (ATAF) and the African Organisation of Supreme Audit Institutions (AFROSAI) perceived in 2009 that the time was right to raise an African voice on sound public finance management principles, auditing practices and credible tax systems that are appropriate for the African context.

With assistance from the African Development Bank (AfDB), the UN Economic Commission for Africa (UNECA) and German Technical Co-operation (GTZ), the three networks embarked on a study of good financial governance in Africa, in order to reach a common understanding of financial governance challenges and priorities for consideration by African ministers of finance. This is because successful public financial governance reforms – the shared focus of the networks’ endeavours – require Africa’s leaders and bureaucracies to commit to taking charge of reforms and to managing Africa’s resources in an unvaryingly prudent, accountable and transparent manner. For CABRI, this work is an important potential support for senior budget officials of member countries in driving quality budget reforms.

As part of this process, the draft Status Report on Good Public Financial Governance in Africa was discussed at a stakeholder conference in Tunis on 3 November 2010. The core sections of the report address: progress, challenges and priorities for reform in tax governance; governance in budget preparation, execution (including internal audit) and reporting; debt governance; external audit; and legislative oversight. It further discusses the role that transparency, accountability relationships, political will and capacity for budget reforms play in good public financial governance. The report highlights where Africa (on average) or specific countries have succeeded in managing public finances in ways that are transparent and accountable and allow for good public service delivery. It, however, also systematically sets out the challenges that countries face.

The conference endorsed the following core principles identified in the report for African governments to build good public financial governance practices: (i) a commitment to being transparent about fiscal decisions, the state of public finances and practices in the public resource management cycle; (ii) a commitment to restoring and building the functionality of internal and constitutional accountability systems, including legislatures and supreme audit institutions; (iii) a commitment to institution-building, which includes the progressive formalisation of institutions, eliminating arbitrary privilege, enforcing the intelligent application of laws and procedures and holding actors accountable for informal practices; (iv) balancing reforms and capacity growth, meaning that African governments need to take into account capacity issues in their reform choices at the same time as developing measures to train, recruit and retain the necessary technical and managerial skills for financial governance; and (v) autonomy in reform choices, implying that African countries must decide for themselves what their reform priorities are, even as they make use of advice on how to achieve their goals. A sixth principle was mooted by a result orientation in the management of public resources in the interest of equitable development. In addition to these principles, the conference discussed the technical findings of the report in the tax/revenue, budget preparation, execution and reporting, external audit and oversight phases of the public resource management cycle, and supported the priorities for reform identified in each of these areas.

The conference initiated a period of consultation on the report, and further comments are welcomed by the networks.