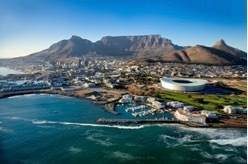 CABRI partnered with the South African National Treasury and the IMF to host the first Africa Fiscal Forum, which was attended by 14 of the participating members of CABRI. The forum took place on the 9th and followed the publication in October of the IMF’s Regional Economic Outlook for Sub-Saharan Africa, entitled “Sustaining the Expansion”.  Given the forum was such a success, we hope it will be the first of many.

The forum provided an opportunity for country delegates, the IMF and representatives from other international organisations to share views on Africa’s current and future fiscal policy challenges. The discussions focused strongly on how Africa can prepare itself to face the next economic shock. Experiences were shared by senior budget officials, from West Africa (Mali, Guinea, Sierra Leone, Liberia, Ghana, Benin); East Africa (Ethiopia, Malawi); Central Africa (Gabon); and Southern Africa (Mauritius, Seychelles, Zimbabwe, Mozambique, South Africa). This, combined with panel discussions and presentations from the OECD, the African Development Bank, the University of Oxford and the IMF, resulted in a lively platform for discussions.

Preparing for the next shock

One of the major risks for Sub-Sahara Africa looking ahead is the danger of a slowdown in economic activity in the developed world, which will affect the continent in two main ways. First, this will mean a slowdown in demand for African goods and services in traditional export markets. Admittedly though, this effect may, as in the past crisis, be mitigated by the rise in importance of emerging economies as trading partners. Second, slowing growth in the developed world may mean a disruption in aid flows, as traditional donor countries may renege on some of their aid commitments.
Another risk is a commodity shock, principally through strong rises in food and fuel prices, which leaves Africa particularly vulnerable. This in turn, poses a problem of excessive inflation and overheating in some countries. In this context, the case of Ethiopia, where the IMF expects annual headline inflation to hit 31% next year, was discussed and the question of how to increase growth and at the same time reduce inflation was addressed. The delegate from Ethiopia esteemed that reducing growth to moderate inflation would be like “cutting the foot to fit the shoe, rather than find a shoe to fit the shoe”. The discussions concluded that identifying the sources of inflation was key, as well as keeping an overall healthy management of the economy. In Ethiopia’s case, in the past, headline inflation usually comes down in line with the easing of the commodity price shock (for example, inflation was 36.4% y/y in 2009 and then 2.8% y/y in 2010).

How to prepare for the next shock

The discussions raised the issue that governments should manage risk more effectively in order to ensure that their fiscal policy is counter-cyclical. Governments can also assess cyclical developments, set up multi-year expenditure projections or put in place fiscal rules to better mitigate risk.  While these rules do not equate political commitments, they are important in enabling governments to be held to account by opening up the fiscal debate to civil society and oversight institutions. Over and above fiscal rules, other avenues such as stabilisation funds, contingent credit lines and hedging should be explored.
Delegates emphasized the need to increase fiscal space to allow for discretionary spending when the next shock hits. In this light, governments throughout the continent were advised to shift their fiscal policy from the current moderately expansionary stance to a more neutral stance. The discussions also focused on the need to keep in mind issues of debt sustainability, when projecting government spending in future. This can be done, for example, by calculating the primary budget balance needed to stabilise gross government debt.

How to create the fiscal space

Governments can create fiscal space by combining all or some of the following:

How to deal with commodity price shocks, in particular

Several solutions were proposed to mitigate the effects of commodity price shocks. These include food and fuel price subsidies, commodity stock management, creating a stabilisation fund or a sovereign wealth fund, building reserves and investing in commodity derivatives. Nonetheless, the issue was raised that for the latter solution, in some countries, capacity may not be sufficiently strong enough to effectively manage such instruments. Most of these solutions also require a supportive and comprehensive regulatory environment.  Meanwhile, experience has shown, in the case of Gabon for example, that food and fuel price subsidies can be very costly. There seems to have been a consensus that stabilisation funds may be a more favourable approach.  For such a fund, money is put aside during a commodity boom and the fund can be used in the downturn to mitigate the effects of a shock.  Some examples of best practice were raised such as revenue contingency in Mozambique and Cocobod in Ghana, to stabilise cocoa revenues.

A longer term perspective to deal with commodity shocks is to diversify the economy away from one main commodity, as well as invest in value addition, as prices of valued added products tend to be more stable and allow for employment generation. Also, regional l integration represents an opportunity in view of the need for a bigger market to sustain some operations. In this context, the country representative from Malawi, Mr Winford Masanjala, phrased the problem which many African countries face (and specifically Malawi, which predominantly relies on its production of tobacco): “we produce what we don’t consume and consume what we don’t produce”. In an effort to diversify, Malawi is trying to turn to cotton production and invest in pigeon peas.

How to promote sustainable financing development

Value addition requires technology and capital investment. The latter should be a vital component of countries’ development strategies (in particular infrastructure investment), which will improve competitiveness. The need to invest in capital projects also poses the issue of financing. As there will be growing concerns over the predictability and reliability of aid flows, there is a need to explore non-concessional borrowing, both domestic and external, which albeit, is at a higher cost.
In exploring options, financing should always be made on a case by case and country basis. The discussion also raised the issue that in investing in capital projects, there is a need to strengthen the project management cycle, through effective appraisal, project selection, implementation and evaluation of projects to ensure value for money and returns on investment.