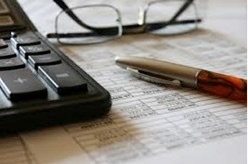 CABRI recently participated in two IMF Afritac workshops on performance and programme- based budgeting. In March, CABRI took part in an IMF East Afritac workshop, and three weeks ago CABRI returned from an IMF South Afritac workshop. At both of these, CABRI presented research findings from its soon to be published report on the status of Performance and Programme Based Budgeting (PPBB) in Africa.

PPBB is being embraced by African governments to achieve better service delivery and to improve value for money in public spending. These objectives are linked to the goal of making governments accountable to achieve the objectives of poverty reduction strategies or national development plans and to deliver results from annual budget spending. The report investigates the progress that countries have made in the implementation of PPBB reform, what the impact has been, and some of the main challenges.

The two workshops helped us to further gauge how countries from two regions are tackling PPBB reforms. Whether from East Africa or Southern Africa, one thing which is clear is the significant disparity in the approaches taken and the progress made in implementing performance and programme based budgeting.

Within these regions, one can find countries which have:

1. A presentational based budgeting (where PPBB is the parallel budget and the line-item budget is the budget that is appropriated - this is very often a transition phase, which varies across countries);

3. A direct programme based budgeting system (where there is a direct link between performance information and budgeting).

Progress in Africa regarding this reform is not strictly linked to cultural or administrative heritage, although, it is generally the case that Anglophone countries seem to be more advanced with the reform. Southern Africa includes the two countries in Africa, which are the most advanced with the reform, namely Mauritius and South Africa, which qualify as having a direct programme based budgeting system.

In the two regions, there are also countries which are currently making great strides in pushing the reform further, such as Kenya, Tanzania, Comoros and Rwanda, which would fit into the performance informed category. In the case of Mozambique, Namibia, Zimbabwe and Zambia, the line item budget remains the one which is appropriated. There is also a grouping of countries which has not yet - and for various reasons - considered adopting the reform. These countries are Botswana, Swaziland, Lesotho and Angola.

It is also worth noting that some countries have started the reform almost a decade ago, such as Namibia, while others are only now starting to consider the implementation of programme budgeting, such as Malawi. Some countries have taken a gradual or pilot based approach, such as Kenya and Ethiopia, whereas others opted for the “big bang” approach in implementing the reform, such as Mauritius and South Africa. Different approaches have been taken in terms of the programme structure selected, the chosen costing methodology or the type of performance information and monitoring system that is used.

These highlighted differences are only some among many. Based on this observation, and as CABRI deepens its knowledge on some of the good practices and experiences within Africa, four important guiding principles for implementing this reform can be identified.

2. Acknowledging the gaps – some may be huge schisms