Budget transparency is improving significantly in several of the member countries of the WAEMU and CEMAC regions, according to the 2015 Open Budget Survey (OBS). Gains made by these countries are reflected in the number and type of budget documents made available – see CABRI’s Budget Enquirer. We are pleased that such remarkable progress is being made by many of the countries that have participated in CABRI's transparency programme.

The 2015 OBS scores for Benin, Burkina Faso, Cameroon, Democratic Republic of Congo (DRC) and Senegal improved by 20 or more points between 2012 and 2015. Of the 102 countries that completed the 2015 survey, only 11 countries improved by a similar margin.

Is it a coincidence that five of these 11 countries come from the WAEMU and CEMAC regions? The answer to this question was addressed at an IBP workshop held in Washington DC in July 2016. Representatives from civil society and government agencies from Benin, Burkina Faso, Cameroon, DRC, Senegal and Niger participated in the workshop. The purpose was to unpack the factors that driving these improvements and the steps needed to ensure further progress.

A key factor behind the improvements are a set of public financial management reform directives that member countries of WAEMU and CEMAC are committed to implement within an agreed timeframe. The directive requiring each of the regional communities to adopt transparency ‘standards’, has been especially significant. The political compact between countries appears to have helped focus attention on budget transparency and provide the pressure to reform.

Nevertheless, this does point to an interesting question for CABRI. Is compliance to the WAEMU directive on budget transparency sufficient for fostering effective particpation in the budget process? CABRI believes that reforms are likely to gain more traction when governments and local agents take a view that their systems need changing because of a prevailing problem, and not just because systems should move towards global or regional standards.

In 2012, Benin obtained an OBS score of 1. Three years later the country recorded a score of 45, topping the list of the eight francophone African countries covered by the 2015 survey. Between 2012 and 2015, improving transparency became a matter of national pride. A national committee, led by the Ministry of Economy and Finance, was set up to define an action plan to improve Benin’s score. It is only as a result of this action plan that the WAEMU directives targeting transparency were transposed into domestic law. Mr. Rodrigue Chaou, Director General of Budget in the Ministry of Economy and Finance of Benin explained, “the WAEMU directives focusing on transparency were easier to transpose into national law once the different stakeholders realised that this was a necessary step towards a common goal. By delaying the transposition, the government was able to design a law tailored to our context.” 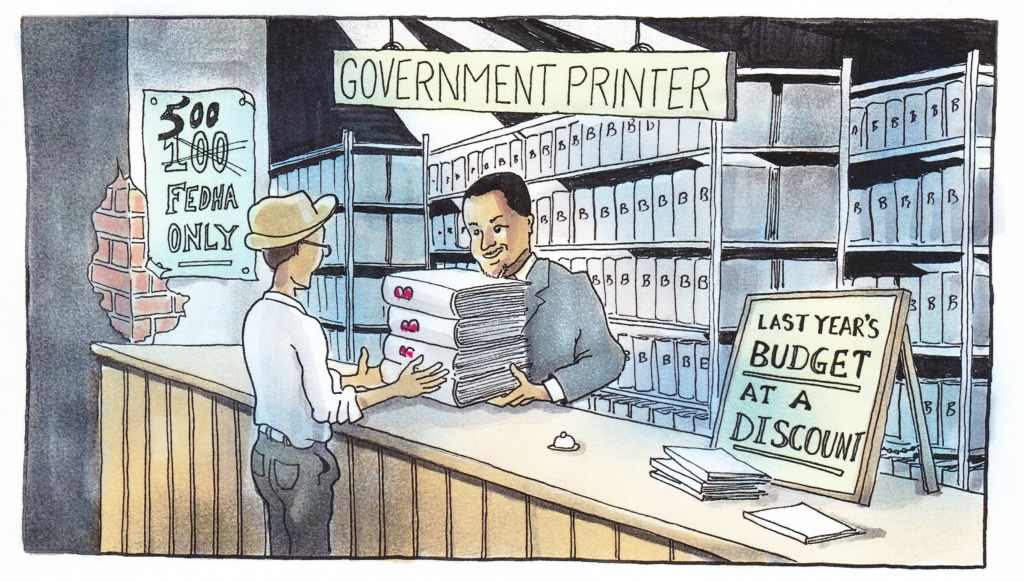 Countries like Benin, have reached the global average of 45 points with relative ease by understanding the survey process and publishing documents which were internally produced but not available to the greater public. These can be viewed as quick-wins or low-hanging fruit. This is, however, where many countries get stuck (see previous CABRI Blog on budget transparency). A recent International Budget Partnership (IBP) study - The Road to 61 - presents a set of measures that may help countries to ensure consistent gains on the OBS beyond the score of 40 points.

The experience of Benin, however, suggests that transparency is not just a paper exercise centered in the finance ministry. By setting up a transparency and communication unit, the ministry is actively involving civil society organisations and the media. In this way, it is hoped budget information will start reaching the population in a useful, accessible, and timely manner. Mr. Rodrigue Chaou points out that “the establishment of the unit reflects the need for the government to gradually transform the transparency gains into greater participation. As only greater participation will ensure the sustainability of the progress made on transparency”. Benin’s journey continues to be promising.

Over the next few months, CABRI will work closely with the Global Initiative for Fiscal Transparency (GIFT) and IBP to further strengthen transparency gains obtained in the region. Through research, dialogue, and facilitating next steps, CABRI will continue to support countries to examine what needs to be put in place, and for what purpose, in order to move countries from nominal towards active transparency.