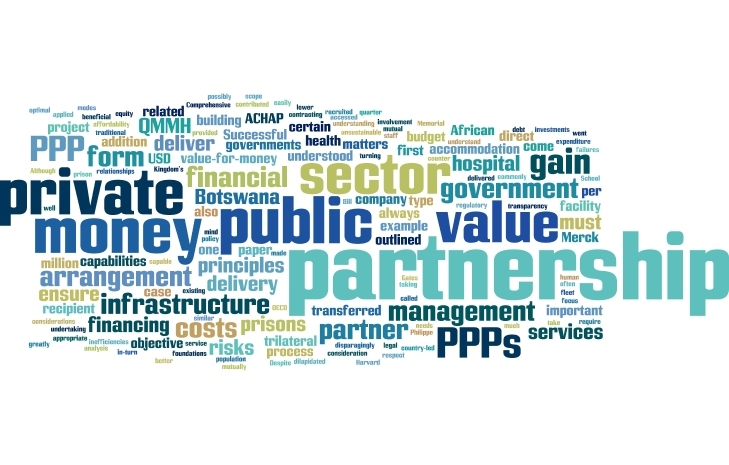 African governments are increasingly turning to public-private-partnerships (PPP) for the financing and management of infrastructure and other types of public investments.

PPPs are commonly understood to be an arrangement that attracts private sector involvement, mainly financing, for the provision of services and goods traditionally delivered by the public sector. Where the private sector has the capabilities to deliver more efficiently, effectively and at lower costs, it is advisable to use these attributes to enhance value for money in the delivery of public services. Successful PPPs are ones where appropriate risks are transferred to private providers who are incentivised to manage these risks better than in the public sector.

PPPs come in various forms, such as: a private company taking over the management of the vehicle fleet of a government department; the financing, building and facility management of government accommodation; and the management of cleaning services in a hospital. For those countries establishing capabilities to negotiate partnership arrangements with the private sector, the main focus has been on infrastructure.

While the scope and costs of the PPP arrangement can vary greatly, certain principles should be applied to ensure efficiency in public service delivery. The first of these is value-for-money. A second is that the partnership has to be based on mutual co-operation and benefit and an understanding of the risks that will be shared or transferred to the private partner. Other principles, such as transparency are equally important.

The value-for-money principle is outlined in an OECD paper, by Philippe Burger and Ian Hawkesworth. They state, rightly, that any public project should be undertaken only if it creates value for money. In this respect, if value for money is the objective, then PPPs and traditional infrastructure procurement are merely two modes to deliver value for money. This is an important consideration, especially when the choice is informed solely by financial considerations or by entrenched relationships between public officials and ‘preferred’ contractors. In certain instances, it may be more prudent to abandon or postpone a project if it is unaffordable and will not deliver value for money. Two examples come to mind. The first is the building of PPP prisons in South Africa, where the arrangement failed to provide an optimal combination of quantity, quality, features and costs. These prisons are disparagingly called 5-star prison accommodation and are extremely costly to maintain. Another example is the Queen Mamohato Memorial Hospital (QMMH) in Maseru. At a cost of 67 million USD per annum, the hospital consumes 51 per cent of Lesotho’s health budget and is estimated to only serve the health needs of one quarter of the Kingdom’s population.

Despite the inefficiencies, the counter argument has been that private-run prisons have partially reduced overcrowding. And in the case of the QMMH, it has replaced the previous dilapidated hospital with a well-managed and modern facility.

Although much has been written, a further and thorough analysis is needed to fully understand what went wrong with the QMMH partnership.

Value for money must always be the objective and must be understood by the partners, because it is the partnership in a PPP that matters the most.

Partnerships have one thing in common; they exist because both parties believe they have something to gain. While the gain for the public sector is always value for money and possibly a new form of delivery, the financial gain for the private sector is direct or in-direct. A form of direct gain can take the form of earning a return on the equity held by the private partner. An indirect form of financial gain is outlined in a paper by Marc Mitchell from the Harvard School of Public Health, which is reproduced diagrammatically as a type of trilateral partnership: 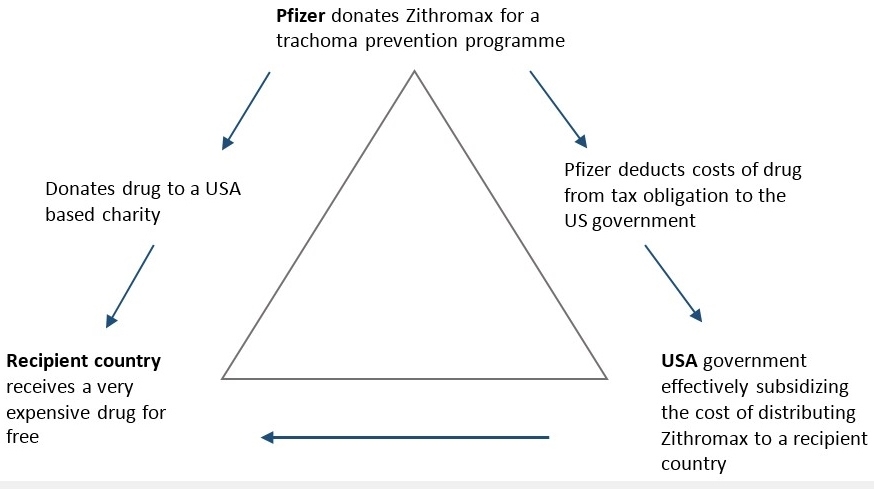 In this type of (or similar) trilateral partnership, the recipient country should not be viewed as a passive partner by virtue of an arrangement where they receive an expensive drug for free. Successful PPPs require the recipient government to be an equal partner, such as in the case of the African Comprehensive HIV/AIDS Programme (ACHAP) in Botswana. The ACHAP is a country-led partnership between Botswana, the Bill and Melinda Gates Foundation, and the Merck company and its foundation. Both foundations donated 56.5 million USD, in addition to a donation from Merck of its anti-retroviral drugs. As the initiator of the partnership, the government of Botswana provided the policy direction and leadership, and also contributed human resources, infrastructure and related logistical support. This is an example of a partnership that worked well.

In addition to the principles of value for money and the forging of a partnership that is mutually beneficial, it is CABRI’s view that governments should also ensure that when undertaking a partnership with the private sector: