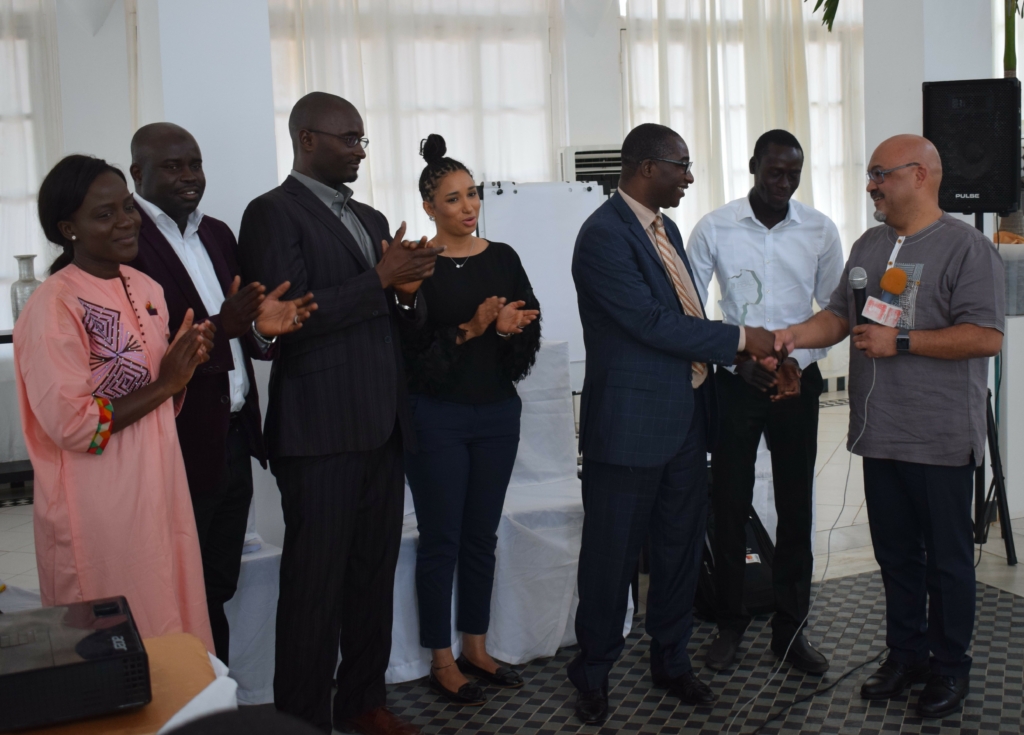 The Building PFM Capabilities (BPFMC) in The Gambia programme was launched by CABRI in April 2018 with two Gambian teams. The Gambia also participated in the BPFMC in Africa inaugural programme in 2017 with teams from Liberia, Ghana, Lesotho, Nigeria, Sierra Leone and South Africa.

The BPFMC programme is a pioneering way to tackle PFM reforms and currently includes 15 country teams that use the Problem Driven Iterative Adaptation (PDIA) approach to solve locally-nominated PFM problems. As the teams are solving these vexing PFM problems, individual members are also developing and enhancing capabilities needed for their day-to-day responsibilities.

Using the PDIA approach to tackle the chronic issue of high virements and arrears, the 2017 Gambian team was able to reduce the number of reallocation of budget-lines by 25 per cent. In recognition of the significant progress made, the Gambia was awarded the best team performance by their peers.

The 2018 BPFMC in The Gambia programme represents CABRI’s shift towards more in-depth country work, led by practitioners. The programme allows the Gambia to sustain the gains made through the BPFMC programme and further indicates Gambia’s endorsement of the PDIA approach in its reform agenda. Gambia has typically relied on international best practices and consultants for its PFM reform activities, with limited success.

Following a four-week online PDIA course, the CABRI secretariat facilitated a framing workshop from 29 to 31 May 2018 in Banjul. Amongst other things, the framing workshop further developed the two locally-nominated problem statements, identified main causes, and agreed entry points and actions to be taken.

Over the next six months the two teams will implement the actions that will contribute towards progress being made in solving:

These are complex problems that have long been ignored and have gotten worse over time. Tackling them will require a significant shift from the business-as-usual attitude for any meaningful change to take place. The extent to which progress is made will be determined by the ability of the teams to exercise leadership in pushing for change in a way that is inclusive and leads to a change process that is legitimate and viable.

Having worked in the Gambian finance ministry for several years, I have noticed a remarkable difference in the way that my former colleagues are tackling these two complex problems: consensus is being built; assumptions are challenged; peer-exchange and learning is valued; and space is made to try new things. And more importantly, the BPFMC programme has engendered a confidence in their ability to bring about change in the Gambia, amidst an increasing space for reform; largely a by-product of the recent political transition.