A team from Nigeria used the PDIA approach to effect change in their budget process. They had coaching from fantastic colleagues in CABRI who collaborated with us at the Building State Capability Program to expand the reach of PDIA programs across Africa.

This interview is with Nuhu Mahmud Sani, who was a member of the Nigeria team.

It is a short interview but captures one of the common and key takeaways of PDIA interactions in the Public Financial Management (PFM) space: teams in the process enjoy expanded communications and learning from new connections, which help them better understand the problems they face and establish new relationships to work collaboratively towards emergent solutions.

The teams that are convened in PDIA processes focused on PFM reform usually come from central entities like the Ministry of Finance (in Nigeria’s case the Ministry of Budget and National Planning), and these teams have often not had high levels of interaction with other parties across government—like the Ministries, Departments and Agencies (MDAs) who actually spend the money. I often observe that the central ministries treat the more diffuse actors as ‘targets of change’—identifying how they should change and then just telling them to ‘do it’.

I wrote a few papers on this issue in past years, including How Far Have Public Financial Management Reforms Come in Africa and Why Distributed End Users Often Limit Public Financial Management Reform Success. The first article provides evidence of what I call the ‘Deconcentrated Actor Problem’—where reform elements that require actors in places like line ministries, departments and agencies are typically less successful than reform elements involving central agents in places like the Ministry of Finance. The problem is a big one, given that the vast majority of most PFM reform programs require deconcentrated actor engagement. The second article uses data to show that deconcentrated actors (like accountants in MDAs) are often left out of reform discussions and end up resisting these reforms because they find the reforms do not fit their realities (the reforms ask for too much capacity to implement, for instance, or ignore political realities of actors outside of the ministry of finance). 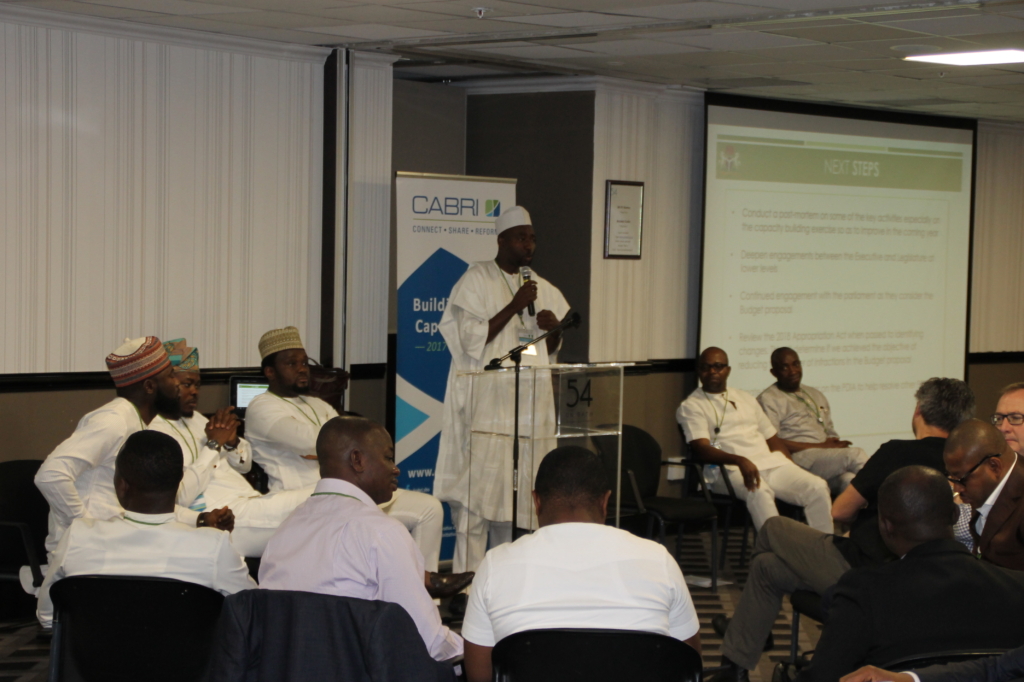 The problem Nuhu discusses in this video is a classic example of the problem discussed above: budget processes take longer than expected because MDAs delay in submitting their budget proposals (and often these proposals are not well written and lead to time consuming bilateral negotiations). This problem had led to the Nigerian executive budget going to the legislature way after it should have in the past (usually in December, instead of October). Nuhu and his team identified this as a key problem they wanted to solve. They noted that past reforms had tried to address this problem by creating ‘call circulars’ that went to the MDA officers and pressurized them to submit their proposals. But they noted that these circulars did not solve the problem, and MDAs still submitted late. So, in the spirit of PDIA, they tried something new—and practical—by actually ‘going down’ to the officers in the MDAs and talking with them about why the budget proposals were often late, then working with these officers to help address the problems they had in the submission process. Nuhu and his team learned a lot about the pressure faced by the budget officers in the MDAs and were able to make important tweaks in things like the submission documents—to make it easier for submission. They also built relationships and trust with the budget officers in the MDAs, who became committed to solving the problem together with the Ministry of Budget and National Planning.

The Nigerian team—working in new relationships with MDA officers—were able to get the executive budget to the legislature by mid October (the earliest it had been there in 10 years). This was accomplished by taking practical steps through the PDIA process, and making the MDA budget officers ‘agents of change’ instead of targets. As noted, this is a common feature of PDIA processes, where reform teams enjoy expanded communications and learning from new connections, which help them better understand the problems they face and establish new relationships to work collaboratively towards emergent solutions.

Note: This blog was originally published on the website of The Building State Capability (BSC) program at the Center for International Development (CID) at Harvard University with the title 'Building PFM Capabilities in Africa'