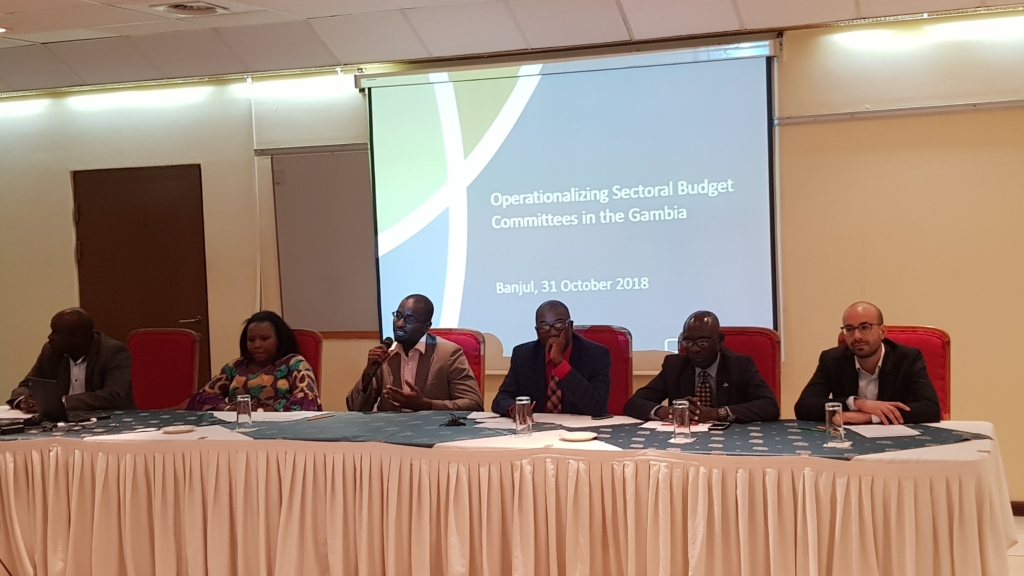 Positive deviance (PD) happens when individuals or groups of individuals find unique ways to look at and overcome complex problems, despite having similar resources as their peers. A PD approach aims to develop a plan to promote the adoption of these successful behaviors and strategies. The most notable application of the concept was by Monique and Jerry Sternin in the 1990s as part of their work to reduce malnutrition in several villages in Vietnam[1]. Since then, the approach has been used for various fields ranging from HIV/AIDs to land reform and will hopefully offer viable alternatives to best practice in PFM reforms.

We believe that learning and applying PD is particularly relevant for solving PFM problems – ones that are embedded in a complex social system, requiring behavioural change, and so often persist despite repeated attempts at forcing solutions to problems that are not well understood. Having been guided by wanting to better understand ‘what works, when and how’, CABRI is pioneering the use of the PD approach in its efforts to improve the functionality of PFM systems. In this regard, we are launching the “Cases of Positive Deviance in Public Financial Management” series, starting with a study on Sectoral Budget Committees in the Gambia.

The examination of the efficacy of budget committees was initiated by a team from the Gambian Ministry of Finance and Economic Affairs (MoFEA) that participated in CABRI’s Building PFM Capabilities Programme in 2017. This further examination into the role of budget committees was undertaken when it was discovered a connection between how well or poorly the committees functioned and the problem of high virements[2] and arrears. The study covers the functioning of budget committees in four Ministries, Departments and Agencies (MDAs) in the Gambia; highlighting evidence of higher functionality in the Ministry of Basic and Secondary Education (MoBSE), and suggest the different processes and structures that account for the deviation.

CABRI and the MoFEA organized a workshop on 31 October 2018 in Banjul with senior representatives from 25 MDAs to present the findings of the PD study and facilitate an exchange on the lessons that can be derived and prompt the emergence of new ideas towards improving the functionality of budget committees.

The workshop was largely led by officials from the MoFEA who offered presentations on the role and importance of budget committees in the budget process and the prevailing behavioural norms in MDAs. CABRI’s presentation of the study findings was infused with critical comment on the ‘how’ and ‘why’ by a former MoBSE Permanent Secretary, Mohammed Jallow: whose elaboration suggested that the emergence of innovation needs to be driven from within the Ministry.

Thanks to a functioning budget committee, the MoBSE is able to strengthen the link between spending plans and sector priorities which is evident in how it reprioritises expenditures during execution. For instance, contrary to many MDAs, MoBSE shifts far less allocations to augment the budget for international travel – there are instances where MoBSE has shifted funds from travel expenses to prioritised expenditure.

Next Steps and concluding comments

Through facilitated group discussions at the Banjul PD workshop, and based on the insights provided by the MoBSE, each MDA devised an action plan that detailed the steps they will take in the next two weeks, two months and six months, which included:

MDAs that attended the workshop expressed their interest to abolish the top-down approach to budgeting and unilateral decision making during budget execution, and instead, replace the practice with a more participatory and consultative approach.

The shifting from form (the mere establishment of a budget committee) to function (the active participation of the budget committee in all stages of the budget process to facilitate the effective allocation of resources for the realisation of sectorial policy objectives) is a challenge PFM reforms in Africa are persistently faced with. The legitimacy of the budget committee as an effective tool for budget management must be derived from MDAs’ realisation of the potential benefits that can be attained and not only from legislative prescription. This will be key to sustaining MDA commitment to the actions identified during the workshop and the willingness to on additional work. These efforts need to be supported over the long-run by local agents who are here to stay.

[2] The shifting of funds from a budget line, programme or ministry