Titus K. Tikwa is Senior Compliance and Monitoring Officer at the Public Procurement and Concessions Commission in Liberia. He was part of the Liberia team that participated to CABRI’s Building PFM Capabilities in Africa programme in 2018. 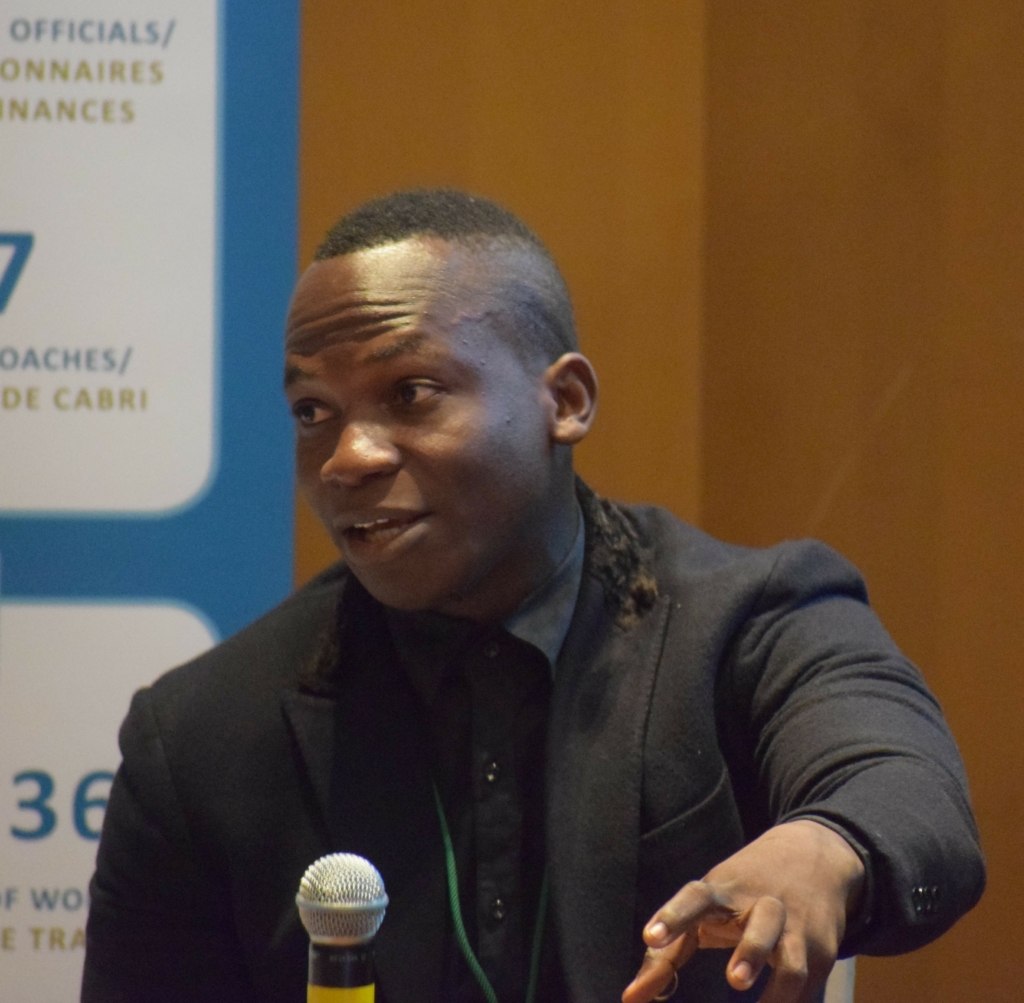 Tackling a problem that involves multiple stakeholders is never an easy task. I realized this when my team (The Innovators) was tasked with the responsibility of finding solutions to the problem of “Limited Allocation of Funds for Public Sector Investment Projects (PSIP) and the Attendant Underutilization of Allocated Funds”, during the CABRI Building Public Financial Management Capabilities (BPFMC) 2018 program.

First, we conducted a trend analysis covering the past 5 budget periods to shed light on the extent of the problem. Our analysis revealed that on average, the recurrent share of our national budget stands at a staggering 85.8%, whereas the PSIP share squats at a meager 14.2%; an appropriation culture that does not convey an aspiration for real development. Note that this appropriation culture is chiefly responsible for the country’s poor health care system, poor education system and huge infrastructure gap today.

To tackle the aforementioned problem, I was privileged along with 5 colleagues from the Ministry of Finance and Development Planning (MFDP) to join CABRI’s BPFMC program, to acquire skills relevant to the use and application of the Problem Driven Iterative Adaptation (PDIA) approach to solve locally nominated PFM problems. 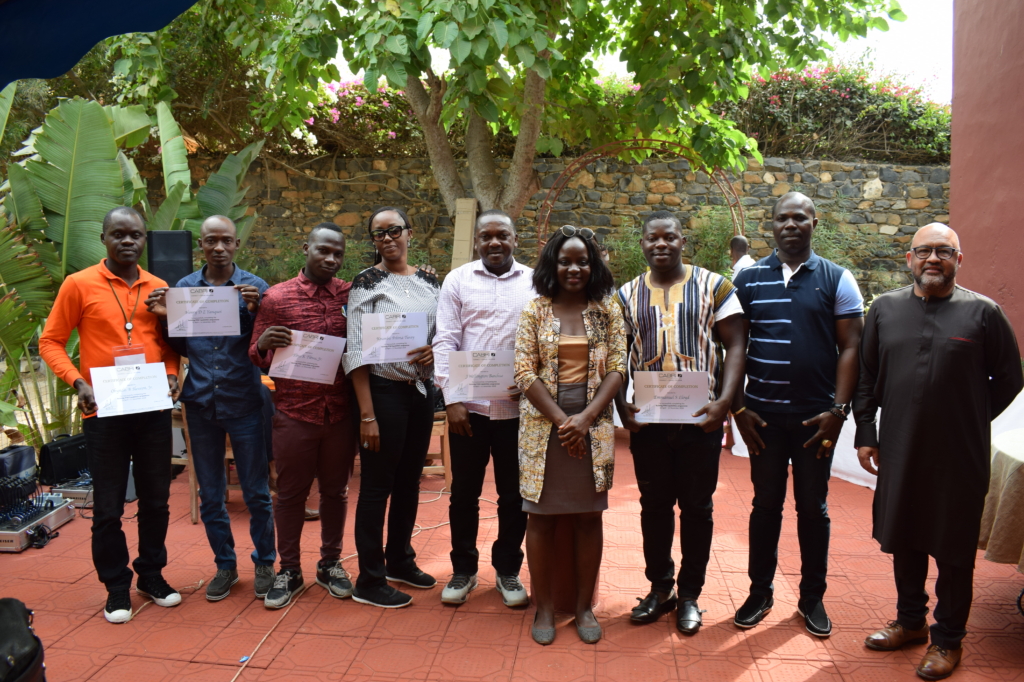 Following our exposure to the PDIA approach; probing and deconstructing the root causes of problems and identifying entry points (points of possible interventions) during the Framing Workshop in Pretoria, South Africa, the team returned home and embarked on a journey of investigating, iterating, adapting and learning how to address the three entry points identified during the framing workshop: lack of incentives to develop projects; low technical capacity to develop projects; and weak procurement capacity.

We began our work by mapping out a stakeholder engagement plan to guide our activities over the next seven months; recognizing that stakeholder buy-in and acceptance is critical to mobilizing people around the problem. As part of this engagement, we gathered critical insights on the problem, by conducting an assessment of the functionality of Budget Committees (BCs) at Spending Entities (SEs), by surveying 15 of the biggest PSIP implementing SEs. Following the survey, we were able to establish that although 93% of the SEs had BCs, only 29% were functional. This was because up to 71% of the BCs worked seasonally, particularly during the budget formulation stage; with much of the budget execution and reporting aspects under-performed. Our work with the BCs would be crucial to tackling the root causes of our problem related to project planning.

Further engagements of the team included a session with the MFDP budget analysts to get their perspectives on possible root causes of the problem, which provided new insights, but also allowed us to continue to build consensus on a problem that would require the budget analysts to be at the forefront. These discussions revealed that the MFDP does not communicate with the MACs as frequently as it should on budget performance and its implications for allotments to MACs. Similarly, an engagement with the Project Implementation Unit (PIU) revealed that the timeframe for project identification and selection provided was insufficient for Sector Working Groups (SWGs) to adequately identify high impact projects.

Outside of the MFDP, the meeting with the Legislative Budget Office (LBO) was key to gaining a better understanding of the appropriation process that feeds into the apportioning of resources to the recurrent and PSIP budget. The Legislature’s non-reliance on technical guidance and empirical evidence to appropriate resources; the highly political nature of the process and the lack of information sharing between the Executive and the Legislature were highlighted as significant bottlenecks. However, perhaps one of the most meaningful engagements was the collaboration we were able to promote between the MFDP and the Public Procurement Concessions Commission (PPCC). And this is where having a relevant non-MFDP official as part of the team such as myself was useful in mediating exchanges with external partners.

Armed with a better understanding of the problem, we were able to organize a workshop for key members of the BCs surveyed to expose them to the functions and responsibilities of the BC, foster dialogue on their challenges and shortcomings and the way forward. Also, we organized a technical session with the budget analysts to discuss the new Terms of Reference (TOR) for their work with BCs, to address issues around differentiated levels of support to MACs. This was important in giving the work back to the people responsible.

Further, a joint procurement and budget workshop for MACs enabled us to reinforce the compliance requirements of the Public Procurement & Concessions Act (PPCA) and the budget. This engagement in addition to some procedural changes at the PPCC such as the establishment of a dedicated help desk and the initiation of a 24-hour turnaround time for PSIP related activities allowed us to make headway on the procurement aspects of the problem.

The team’s engagements, the initiation of new procedures and tools to shore up the budget formulation and execution process have allowed us to make meaningful progress towards our problem. We have been able to breathe life into BCs of MACs by making them more functional and operational and have armed budget analysts with the necessary tools to provide the requisite technical guidance and support. Also, we were able to ensure that up to 25% of PSIP procurement activities were completed compared to the 12% rate of completion during the 17/18 Fiscal Year (FY).

Overall, my PDIA journey was worthwhile in that for the first time I was able to work with colleagues from another Ministry for an extended period. This has deepened my understanding of budget formulation, execution and reporting.

On the PDIA tool, I like the fact that the approach is novel and revolutionizes the way PFM problems are tackled, unlike the traditional approach based on prepackaged best practices. Crucially, because of the BPFMC, I have realized that reform is a messy process that requires a lot of adaptation through stakeholder engagements. Personally, I was inspired by the fact that local consultants like us were given a chance to solve a PFM problem over our external counterparts.

Finally, I must add that I’m currently using the fishbone diagram as part of a graduate school course I teach.