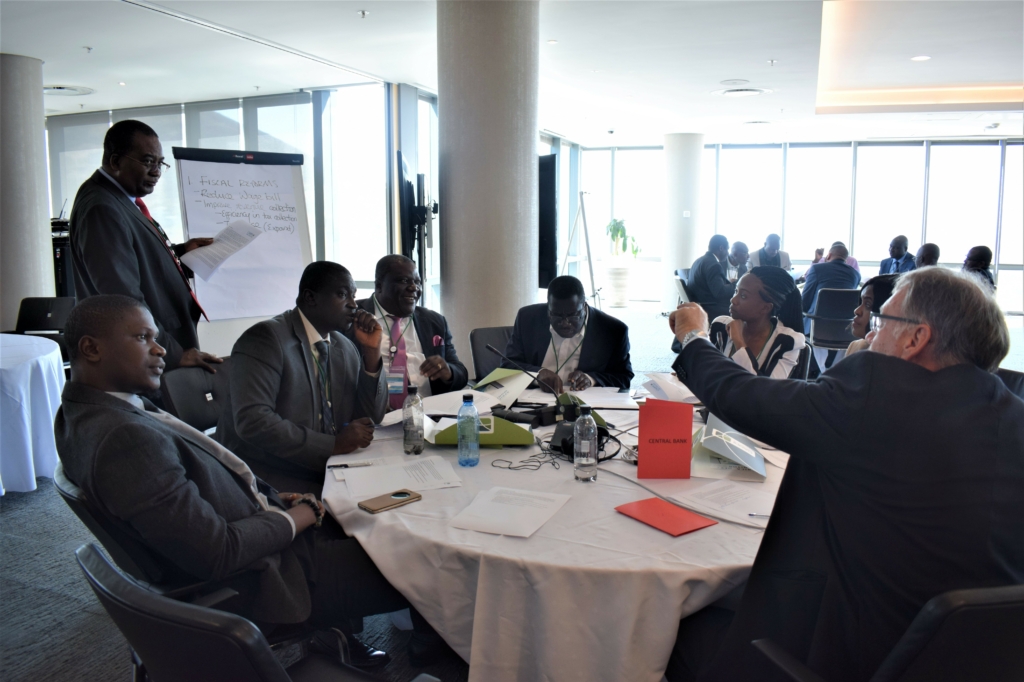 The HIPC and MDRI programmes in the mid-90s cancelled large portions of external debt in about 30 African countries. Current debt-to-GDP ratios are mostly well below 50 percent; with 40 percent regarded as sustainable for a developing country.

The worrying trend is that most African countries’ borrowing has been in foreign currencies associated with more favourable interest rates. With higher interest rates expected in the US and Eurozone, developing countries with high levels of foreign-currency debt exposure will face refinancing and exchange-rate risks. If these risks materialise, debt-service costs may become unaffordable, crowding out critical public expenditure and dampening countries’ prospects of further development.

“It is during times of plenty, while international market conditions are favourable for our countries, that we can absorb the short-term costs associated with more expensive local debt.”

CABRI’s inaugural public debt symposium, which took place in December 2017, facilitated exchange between 24 African countries and market participants on how local-currency bond markets can be strengthened to mitigate against these probable risks and provide a stable source of long-term financing. The discussions highlighted that debt managers do not only have the ability to finance their country’s deficit, but through local-market development, can reduce the country’s external vulnerability and improve its economic trajectory.

Is there a role for the debt office in market development?

The debt office is the direct beneficiary of local-market development – strengthening the domestic market increases government’s funding options and reduces long-term borrowing costs. It is also uniquely positioned to drive local-market development due to its direct market involvement, regulatory role, understanding of investors’ demands, and access to all market stakeholders.

“The debt office can ensure that Africa has access to long-term local-currency debt that will support our infrastructure and development needs in the long term.”

Access to market stakeholders is capitalised on by frequent and fluid communication with investors. Concealing information can prove costly for the debt office – during a crisis, investors assume the worst and charge for that. When data transparency is high, investors can more rationally and reasonably assess risks thereby reducing the risk premium on government debt instruments and increasing government’s credibility as an issuer.

Yes, the debt office’s role is central, but what else matters?

As we know, investors always want to minimise risk and seek the highest return for their investment. Strong economic growth is regarded as a good proxy for low risk in a country. However, not all of us have had strong growth, particularly over the last decade. Improving fundamentals like governance, ease-of-doing business and accessibility to financial markets can improve investor confidence and demand. These may not be directly within the mandate of the debt office; however, debt managers would be wise to become involved in addressing them because of their significant impact on government’s cost of borrowing.

“To attract investors to your market, in lieu of a good growth story, develop a good reform story.”

Despite the clear economic benefits of developing domestic markets, politicians might need some convincing, if it implies higher borrowing costs in the short term. Building the domestic market necessitates that, prior to approaching politicians, the debt office engages all role players in the market to create a proposal for market development supported by all market participants. The support of the private sector and sub-nationals together with comprehensive cost-risk analyses should limit politicians’ ability to serve their own short-term interests at the expense of long-term debt sustainability. Legislated debt management objectives, which emphasise the need to minimise medium- to long-term cost, and a debt management strategy which operationalises this objective, may further limit undue political influence and assist politicians to recognise the debt manager’s limitations.

Several African countries have made significant progress in establishing local debt markets. Others still need to build credibility before investors will enter their markets; establishing a sustainable domestic bond market demands accountability, communication and transparency. An important question posed at the debt symposium by a somewhat frustrated low-income country debt manager was “how do we build trust and credibility if investors aren’t willing to enter our markets or engage with us?” CABRI will continue to facilitate learning on how to overcome this catch-22 by facilitating engagement between market participants and governments.