The 1999 Constitution confers powers to the Nigerian National Assembly (NASS) to amend the Executives annual budget proposals, even if this results in a higher expenditure estimate. Additionally, the powers of the NASS to oversee the implementation of spending plans and to hold the Executive accountable is enshrined in the Constitution.

To fulfil the roles conferred by the 1999 Constitution, the 109 Senators and 360 Representatives that make up the members of the NASS should have working knowledge of public finance management (PFM). In particular, an understanding of budget formulation and the implementation of spending plans is crucial when amending the budget and exercising oversight. It is for this reason that CABRI partnered with the NASS (legislature) and the Federal Ministry of Budget and National Planning for a retreat in Lagos on 4 and 5 March 2020.

The retreat was attended by distinguished and honourable members and officials of the NASS, senior staff of the Budget Office of the Federation, and CABRI staff and trainers. The retreat covered the main principles of PFM i.e., the stages of the budget process covering budget formulation, approval and oversight in Nigerian; value for money in public spending; and a comparative study on the role of the US Congress in budget approval and oversight. Key issues raised at the retreat included:

In his closing remarks, the Minister of State for Budget and National Planning, Prince Clem Ikanade Agba, stated that the objectives of the retreat had been achieved. 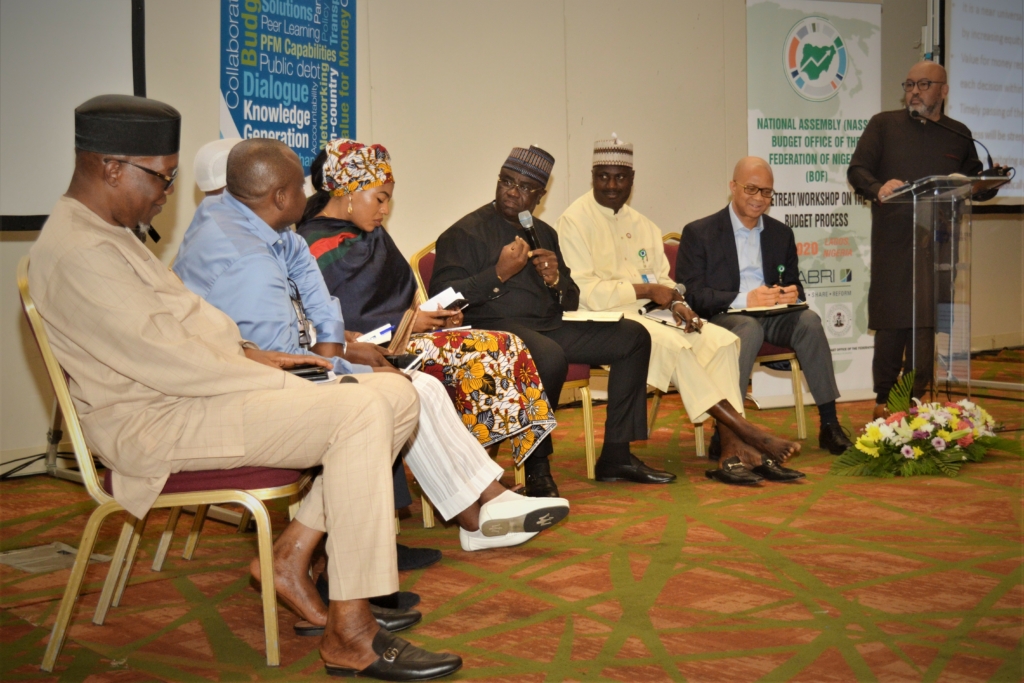 “First, I think we know ourselves better. Secondly, we understand the issues and the concerns that we both have, whether the Legislature or the Executive and I believe that bridge between what we want to do and the perception, is getting closer and that we will now have more trust among ourselves.”

CABRI will continue its collaboration with the NASS and Legislatures across the African continent. This work builds on our series of Policy Dialogues and training. In 2018, we published a case study on the role of the legislature in the budget process in Nigeria. In the same year, similar case studies were published on Kenya and Burkina Faso.